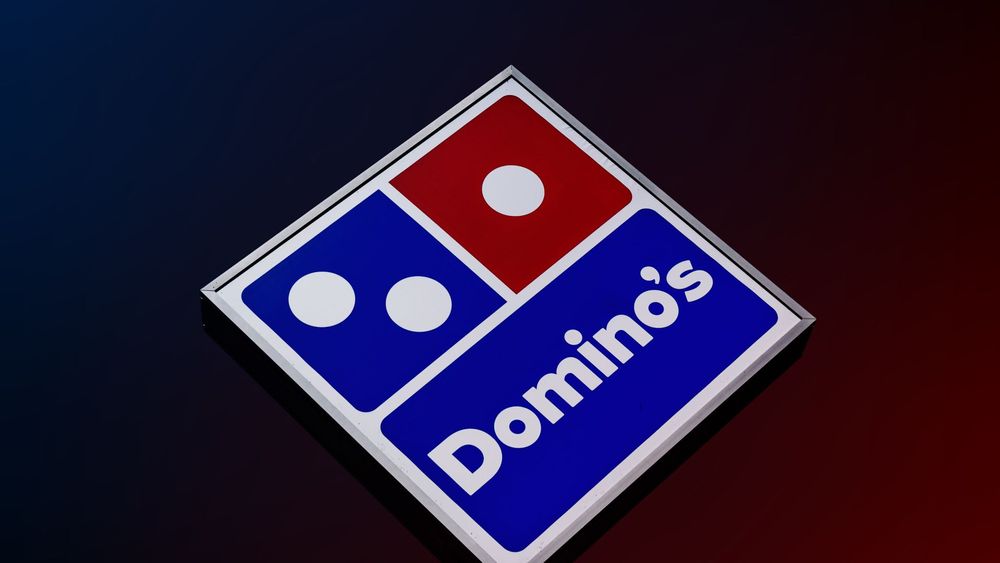 🏛️ Domino Pizza is an international company that operates a large network of pizza delivery restaurants all over the world, and could be considered to be one of the most famous fast food delivery chains. In total, at the time of writing there exist more than 16,000 of this brand – all of them are selling and delivering pizza, drinks, and side snacks. In total, up to 400 establishments operate under the management of the head office, and the rest hold the status of separate franchisees. Domino’s Pizza is a U.S company that was founded in 1960, but only in 2004 Domino’s shares became listed in free float on the New York Stock Exchange. Since then, anyone can buy Dominos shares.

Why might it be worth investing in Domino shares?

ℹ️ According to analysts from CBinsights, since its IPO in 2004, the American pizzeria Domino's Pizza has yielded overall better than Google (now owned by Alphabet), which went public around the same time. In October 2016, Bloomberg noted that some Wall Street analysts were comparing Domino's Pizza shares to tech companies due to the rapid growth in the volume of orders that the company is able to accept thanks to their high quality technical side like a user-friendly website and app, as well as a wide network of restaurants and short delivery times. By that time, such orders accounted for 55% of the company's sales, with an overall market indicator of 20%.

“Unlike tech companies, Domino's is not burdened with assets. 97% of 13 thousand of its restaurants are owned by franchisees, so the pizza chain does not spend a lot of money on renting and maintaining outlets. Instead, they spend most of their “spare” finances free on dividend payments to their shareholders, share buybacks and the R&D, as well as on the development of their own technology,” - Bloomberg said a few years ago.

The highest dominos pizza plc share price on the world exchanges was recorded in February 2020, back to when the Dominos assets price reached $370. It is worth noting that the worsening of the economic situation and the lockdown measures did not have much effect on the share price of Domino’s pizza. Experts argue that this is due to the fact that the restaurant business of this chain continued to work on the delivery of pizza and other dishes, even during a period of restrictions around the world. Therefore, as much as it can’t be said which company will eventually turn out to be a profitable investment and which one wouldn’t, Domino’s pizza seems to be the kind of organization that might be worth looking at (especially if you’re a pizza lover).

Today, the share price of Domino Pizza plc is staying stable around USD 457.98, and the trend shows that the fluctuations were relatively small. This could be attributed to the fact that the pandemic did not have much of a negative effect on Domino pizza. On contrary, it became one of the companies that managed to benefit from COVID-19. The company was one of the few restaurants that proved to be well prepared for the pandemic and quarantine, thanks to streamlined Omni channeled processes and its own delivery infrastructure. One of the possible reasons for that is that even before the pandemic, Domino Pizza UK did not rely that much on offline sales, but was rather focusing on making 70% of its sales online. However, the self-isolation regime around the world has drastically increased the demand for food delivery services, as well as caused a surge in demand for food. At the end of the day, Domino's Pizza presented the world some positive financial results for the first quarter of 2021, with their revenue being equal to almost $983.6 - $ 985.2 million to be precise, while net income per share (EPS) exceeded the expected result by 2% to $3.0. At the end of the quarter, comparable sales in the US showed a 13.4% increase, while in the international segment the growth was 11.8%. During that financial period the company opened 175 new stores which is a positive sign. Against the backdrop of reduced administrative costs, as well as lower costs in its own restaurants, the company's operating margin increased to 19%, with an average of 17.5% over the past two years.

Should you invest in Domino’s Pizza shares?

The statistics and the facts, together with trends, show that the price of Dominos shares directly depends on the financial performance of the company. The more popular the products of the fast food restaurant chain are, the faster is the growth of shares of Dominos pizza, but overall, investors have seen a stable uptrend for over ten years. During this period, the number of franchise restaurants increased, as did the amount of revenue. Investors are interested in the assets of the American pizza chain due to the fact that the company has low operating costs. There are practically no bankruptcy risks. Since more than 95% of the chain's restaurants are owned by franchisees, the company does not have a large staff. And any financial losses are borne primarily by the franchisee. Even during the global financial crisis, the positive dynamics of Dominos shares remains.

📊 When making a forecast for Dominos share price on the stock market, you need to consider the following factors:

And as always, consider the overall economic situation before buying any shares.