How To Survive A Financial Markets Crisis in 2022 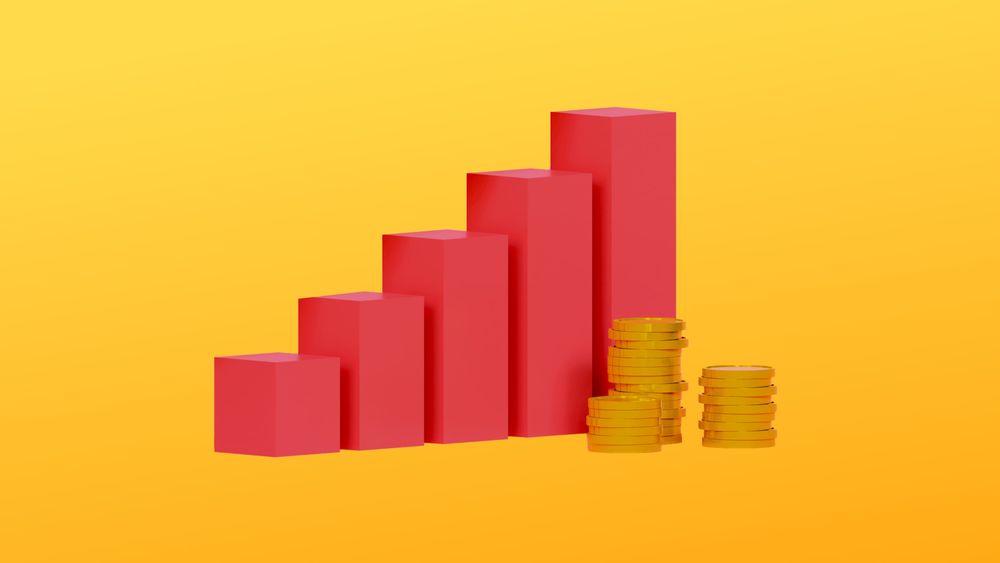 Global financial markets plunged in mid-2022 amid rising global inflation, a food crisis, and rising energy costs. Several reasons led to this, including Russia's military invasion of Ukraine and sanctions, restrictions on food exports from India, a natural increase in inflation after the COVID-19 epidemic, and much more. 🌶

As a result, financial markets felt significant pressure. U.S. industrial indices have fallen more than 10-15% over the past few months. At the same time, many investors were gripped by fear, reflected in the cryptocurrency sector.

Bears seem to have engulfed the entire world. However, this is not a reason to panic. 🐻

The bear market is a time of unique opportunities to realize one's trading potential.

What caused the financial markets crisis in 2022?

A crisis in financial markets means more than a 10% drop in the value of assets (stocks, cryptocurrencies) for one or more days. We saw this in the cryptocurrency market in mid-June 2022. In addition, some company stocks and indices are also down about 10-15% simultaneously. 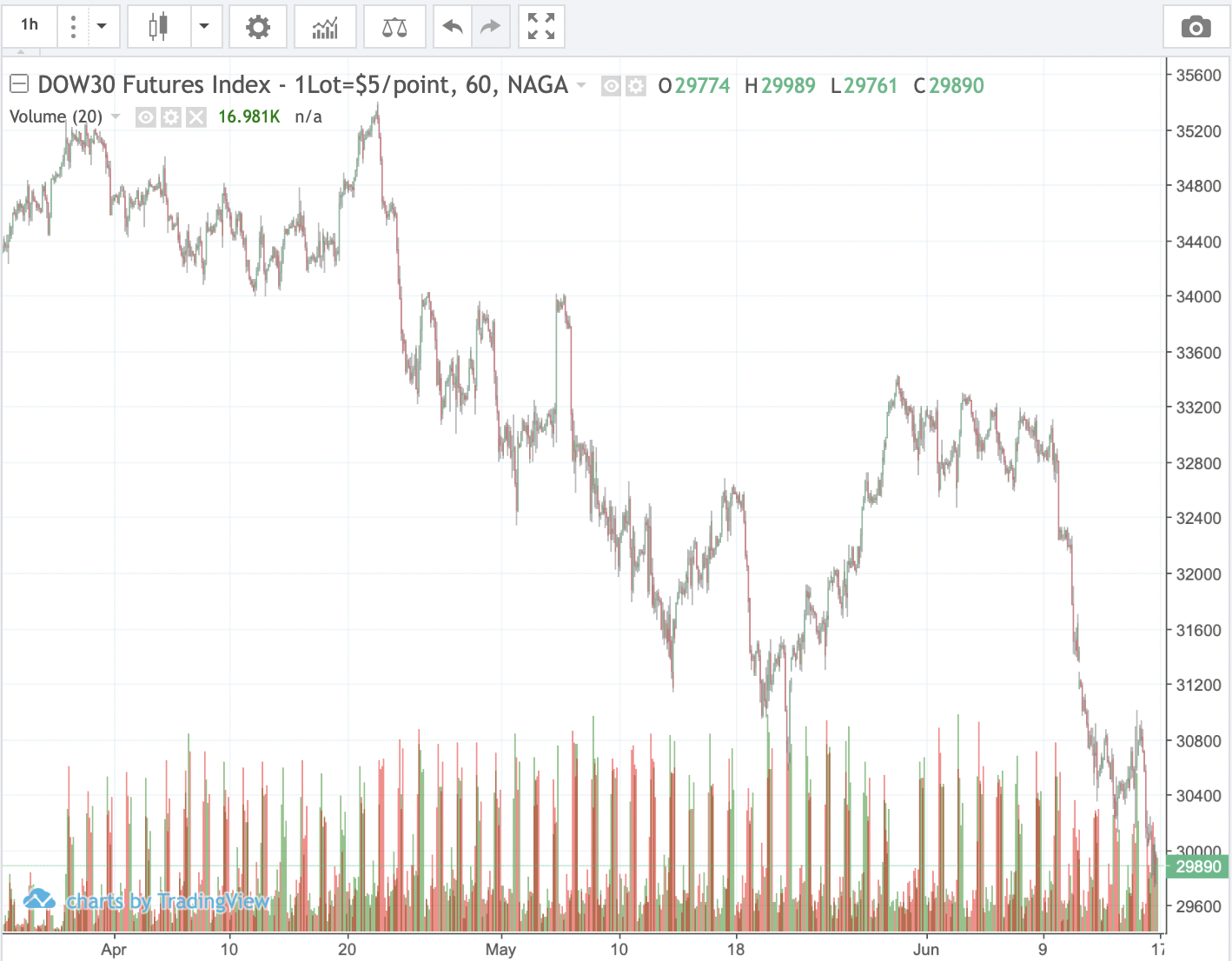 The Dow Jones continues to decline amid fears of an economic recession.

Some still remember the financial markets crash of October 1987, the dot-com crash of 2001-2002, and the global economic crisis of 2008. So far, the economy is resilient. However, we still need to be prepared for the world economy to enter a recession over the next few years. 📉 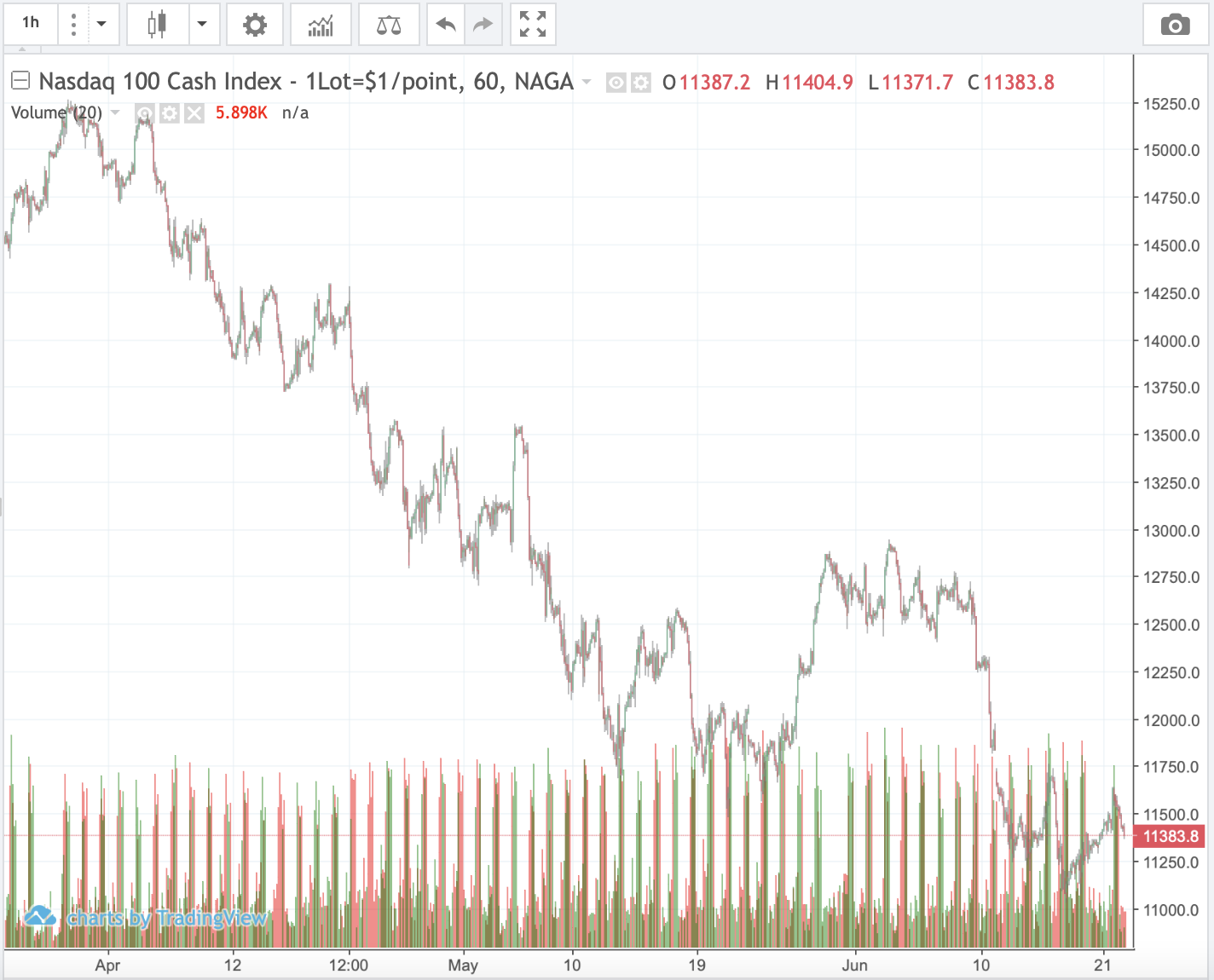 NASDAQ has lost more than 10% since April.

A recession is a significant decline in economic activity that lasts for months or even years. Experts declare a recession when a nation's economy experiences harmful gross domestic product (GDP), rising levels of unemployment, falling retail sales, and contracting measures of income and manufacturing for an extended time.

In the United States, one factor in the crisis in the financial markets is inflation, beginning in 2021, and rising energy costs. For example, the fuel cost in the states has increased by 80-100% since the beginning of the year. This increases the cost of all supply chains and production in general and rising household costs. At the same time, wages worldwide remain at the level of 2020-2021, as a large volume of business was affected by the pandemic COVID-19 earlier.

What is happening in the financial markets now?

Major stock indices such as Dow Jones ($$DJ30), NASDAQ ($$NAS100), and SP500 ($$SPX500) are trading at their early 2021 levels. In the last six months, they have fallen about 15%. This means there is no collapse in the financial markets, and the economic recession has not yet entirely set in. 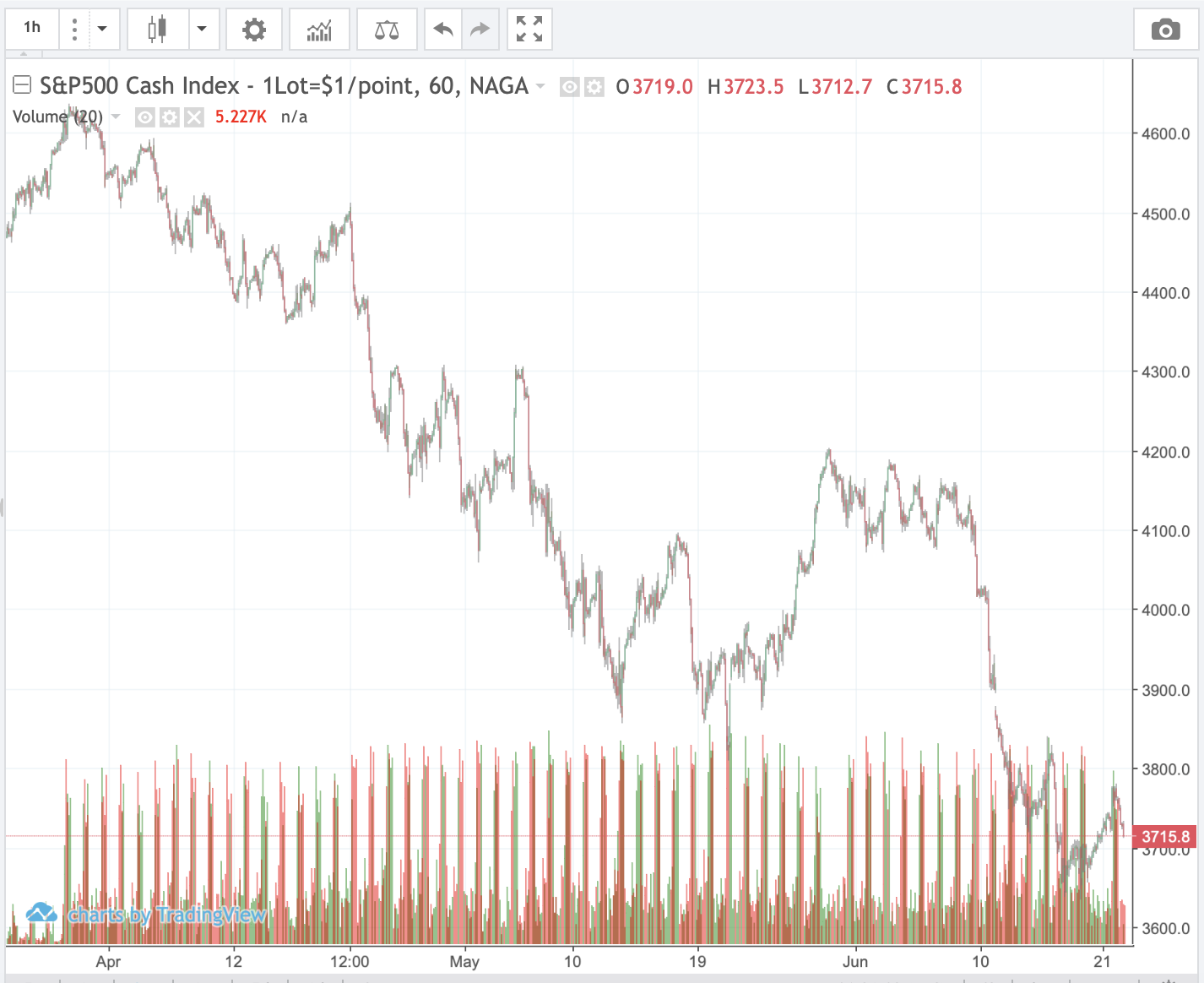 The current policy of central banks to raise the key rate is undoubtedly leading to a negative impact on stock markets. The U.S. and U.K. are also cutting back on their quantitative easing (Q.E.) programs, which provided economic support during the pandemic.☝️

Q.E. activity helped support stock prices during the pandemic by stimulating economic growth. The winding down of this program would likely hurt the economy, leading to a more bearish market.

Based on this, we can predict that the decline in indices and financial markets, in general, will last at least until the end of the year. But the decline will be gradual and not as steep as in previous crashes. This will allow investors and traders to change trading tactics and take advantage of this situation.

How do traders react during an economic recession?

According to I.G. data based on the FTSE 100, the decline in stocks in previous stock market crashes has been temporary. For example, after Black Monday in October 1987, stocks recovered 17% in less than one year. After the financial crisis in 2009, the recovery was 64% within 12 months. At that point, no one made a profit by playing down the economic recession. 💰

Data on the largest stock market crash followed by the return of quotes.

Every trader can potentially benefit from the likely economic recession and financial markets declining in 2022. There are several ways to do this:

These steps protect assets and profit even during an economic recession and declining financial markets. However, the risk of loss is always present.

Pessimists fear further declines in stock markets and the rapid growth of energy resources. However, there are some good reasons to be optimistic.

Regardless of the situation, you may reduce the risks to your investment portfolio. Use the offered strategies and trading tools to earn even in times of crisis. NAGA provides all the necessary conditions for this, including a knowledge base, an informative trading platform, minimal spreads, no hidden fees, and a wide range of assets for trading.

IMPORTANT NOTICE: Any news, opinions, research, analyses, prices, or other information contained on this feed are provided as general market commentary and do not constitute investment advice or solicitation for a transaction in any financial instrument or unsolicited financial promotions. All material published on the website is intended for informational purposes only. The market commentary has not been prepared by legal requirements designed to promote the independence of investment research. Therefore, it is not subject to any prohibition on dealing ahead of dissemination. We do not make any warranties about this market commentary’s completeness, reliability, and accuracy. Past performance is not an indication of possible future performance. Any action you take upon the information on this feed is strictly at your own risk, and we will not be liable for any losses and damages in connection with this feed.