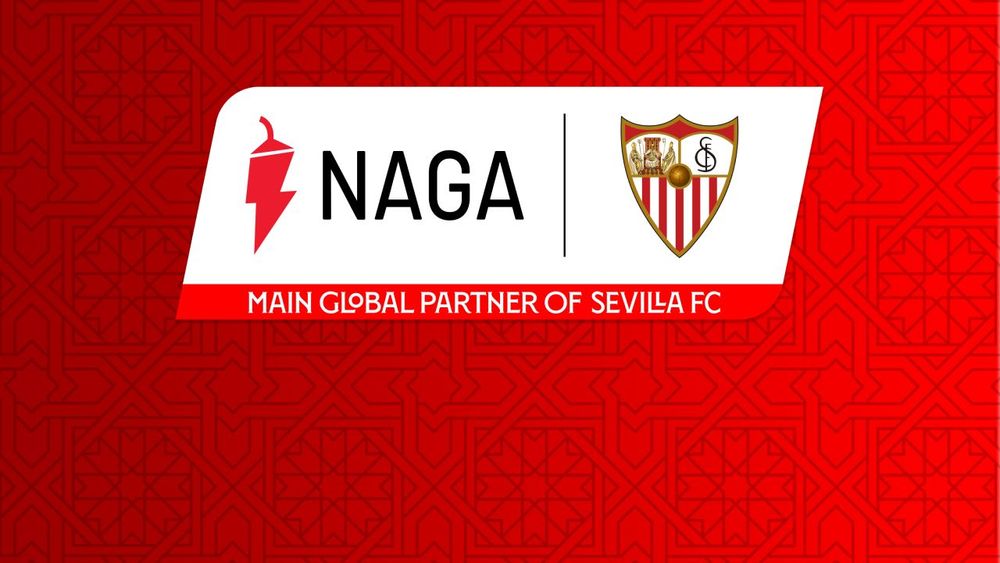 NAGA and Sevilla FC are proud to announce a new partnership agreement for the next seasons. NAGA has been officially unveiled as Sevilla FC new front of shirt partner and Sevilla FC's Global Trading Partner.

Based in Germany, NAGA is a leading social investing platform with a global community of more than 1 million users that seeks to revolutionize the world by decentralizing financial technology, offering access to the best market tools for everyone around the world. NAGA provides the best technology, resources, and the assistance that every trader needs to make their trading decisions. The platform is best known for its Autocopy feature that allows traders to copy each other and thus creating a unique social trading environment with numerous benefits for the users.

It is a strategic alliance that goes beyond a traditional partnership agreement. Both entities will work together to offer exclusive content, services and develop technological projects and innovations aimed at enhancing financial acumen and related decision-making.

Club Chairman José Castro, said: "We're excited to partner up with and associate ourselves with a brand like NAGA that has proven itself as a leader in its industry. From today, we will share a great symbol of Sevilla FC – our shirt. A shirt that represents passion, dedication, and our most important gene – to never surrender. All these attributes have driven our club to many epic moments and to compete one more year in the UEFA Champions League. Under this partnership, we will share some core values such as innovation, technology and being close to the global community that we represent. I am convinced that our association will bring huge benefits to both of our organisations.”

Benjamin Bilski, CEO of NAGA, said: "Sevilla FC's limitless ambition and the passion of its fans in the Ramón Sánchez-Pizjuán stadium is like a rare gem in the football world. We couldn't be more delighted to support the club and its local fanbase with our new partnership. We're sure it will benefit Sevilla's community as well as help grow NAGA's brand globally, as Sevilla FC has such a rich track record and history. So, we wish the best for the Sevilla team in the upcoming seasons and let's aim for the stars together!”

Both brands have experienced fast growth in the last years, share the ambition to continue to strengthen their image internationally and have a strong vision for the future, based on innovation, technology, and the pursuit of the highest standards inside and outside the pitch.

Sevilla FC is the most successful club in southern Spain. One league title, six UEFA Europa League titles, five Copa del Rey titles, one European Super Cup, one Spanish Super Cup and 18 Andalusian Cups are among the club's honours. Founded in 1890, it is the second oldest club in Spain and is ranked sixth in LaLiga's historical ranking. In the 21st century, Sevilla FC has established itself as the third Spanish team with the most European titles and qualifications, becoming the absolute king of the UEFA Europa League with its six UEFA Europa League triumphs. Sevilla FC finished the 19/20 season in eighth place in the UEFA rankings. In 2006 and 2007, it was voted best team in the world by the International Federation of Football History and Statistics.

In the 20/21 season, Sevilla FC broke their points and wins records in La Liga and qualified for the Champions League for the fifth time in the last seven seasons.