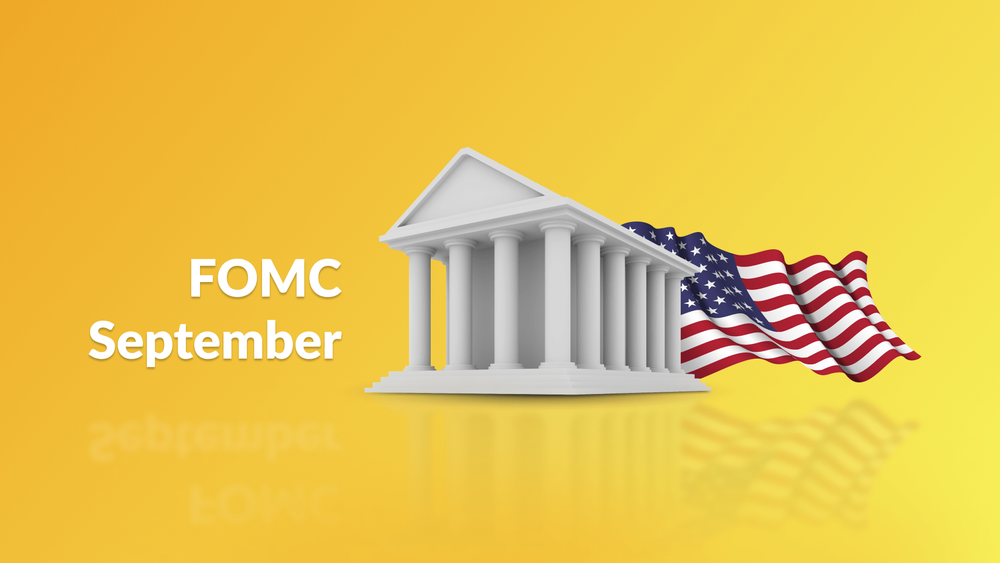 What to expect from September’s FOMC Meeting? It may matter most for markets

The Federal Reserve will conclude its September FOMC meeting and release a written statement today, September 21. Chairman Powell’s press conference will follow this. It is widely anticipated that the Federal Reserve will raise the “Fed funds rate” by 75 basis points. There is also the possibility of a 100 basis points increase in the key rate, which may have a stronger impact on the markets than usual.

Well, the Fed’s projections are always important, but this time they are even more so because investors have been trying to game how high it will raise interest rates and how many officials expect their actions could affect the economy.

The Fed has been lifting rates for seven months now, and will now be moving its target rate above what had been considered the neutral zone when inflation was low. Neutral is considered to be the interest rate level where Fed policy is no longer easy but not yet restrictive. The Fed has considered 2.5% to be neutral, and if it raises by three-quarters of a point, the fed funds rate will range from 3% to 3.25%.

Nevertheless, economists have been ratcheting up their forecasts for how high they expect the Fed to take the fed funds target before stopping the hikes. That level is called the terminal rate.

Expectations for Fed tightening increased dramatically in the past week, after a surprisingly hot August consumer price index report. Fed funds futures on Monday were pricing in a terminal rate of 4.5% by April, up from just around 4% before the inflation report was released last Tuesday.

But in most cases, investors bet the Fed will raise rates by a full percentage point, but most economists envision a 75 basis point increase.

What assets might be affected by the Fed's decision?

At the moment, several of the most dependent assets on the Fed's decision are being considered:

Interest rate hikes that began in March were the primary fundamental events that resulted in a major price decline in gold. After four consecutive interest rate hikes, gold has declined by approximately 19%, or $400 per ounce. In the unlikely event that the Federal Reserve raises its benchmark interest rate by 1%, it would pressure gold to lower pricing. However, if the Fed raises rates by 75 basis points as expected, market participants could see some short-covering activity amid a relief rally.

In addition, the dollar heads into Wednesday’s FOMC meeting at just off 1% from its highs of the year. More “hawkish” results from the meeting could push the dollar and the stock index into a more rapid bullish rally for a while.

Nonetheless, stock indexes are down ahead of the announcement of the Fed meeting results, but hawkish policies are already built into asset prices. This is important to consider.